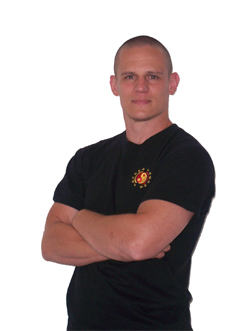 Currently, he continues to run full time lessons at Rockford, IL schools. Having obtained both a Bachelor’s and Master’s degree in Psychology has aided him in special developments in mental/emotional training. Whether in person or through his instructional DVDs, Matt Numrich makes self-defense training simple and fun, all while getting a great workout!